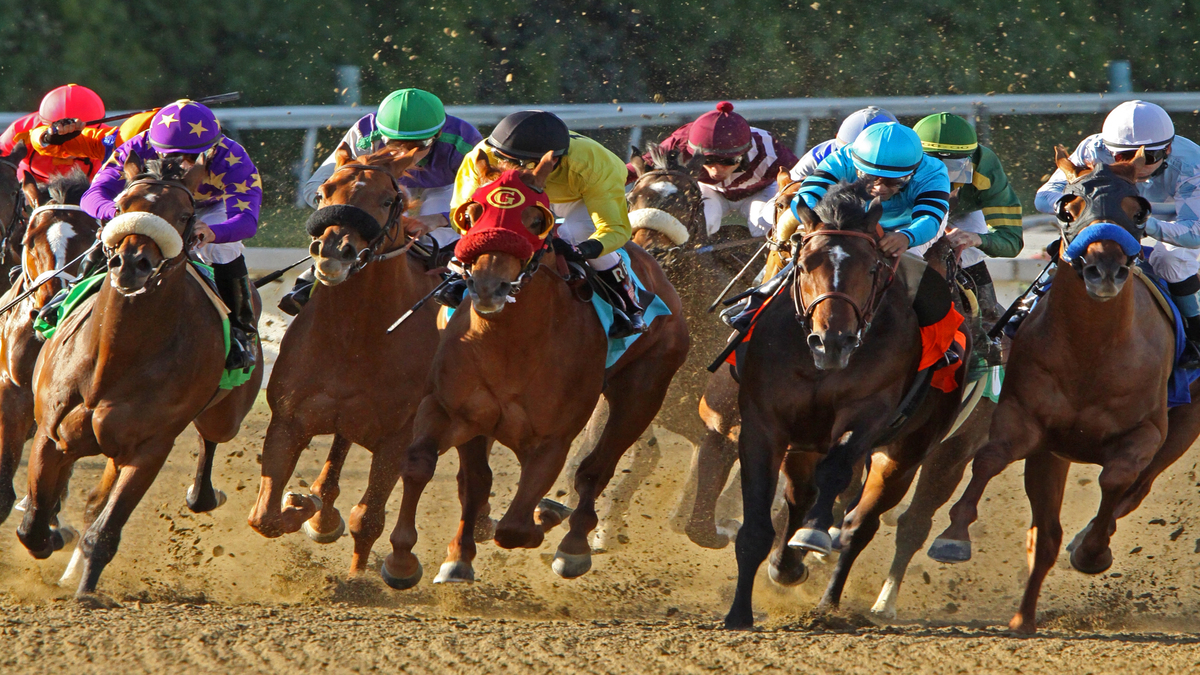 Congratulations to Les for his 3rd place finish last weekend.

Critics have pointed to a poor time and the failure of five of his seven opponents to complete the short, straight race, but a jubilant Dennis tweeted that it confirmed his reliability and big-time temperament.

It may have been an unusual race, but it did highlight several key factors worth considering when betting each-way…

It can be easy to purely think about chances of winning and then to automatically tick the each-way box if above a certain price, but often there are other factors to consider before making that choice.

After all, if you are routinely betting each-way then half of the amount that you are betting is being allocated to the place market and that means it demands more than a little consideration.

A maiden with 15 runners paying 3 places at a fifth of the odds for a place may not appear on the surface to be as fair a deal as a handicap with 12 runners, still with 3 places but a quarter of the odds for a place, but if most of those 15 maidens are huge prices and unlikely to be close to being involved in the finish, we could really be looking at 4, 5 or 6 actually in genuine contention for the places, whereas in the handicap all twelve may stand a reasonable chance.

The type of horse or selection should have an influence in the decision too. If two horses are both fairly priced at 9/1 to win, their place odds will be the same as each other but if one is very reliable and the other is other is more mercurial, capable of brilliance on one day and racing erratically on most others, the former is obviously going to be a better each-way option than the all or nothing behaviour of the latter.

In early summer, the number of races when 3 year-olds start taking on older opposition suddenly increases, whereas previously they would have mainly been running against other 3 year-olds. This can be a similar case to the one above because some of the older, more experienced horses will have more in the form book to call upon in order to predict how they will perform and be used to and proven in the conditions…

There may be a selection that can be relied upon to run his or her race, but at the same time there’s the possibility that one or two of the younger horses are going to improve beyond their previous performance levels. Again, the reliable 5 year-old running in conditions that clearly suit makes for a better each-way bet as it is a trustworthy performer but perhaps vulnerable to an improver, whereas the less tested younger horse might be a better win only bet.

Another example might be a hold-up horse in a large field at a track where there is often trouble in running. If the horse finds the gaps then it looks like the best bet in the race and likely to win, but if it does encounter traffic problems is likely to finish out of the frame altogether. The win odds might be attractive – for example, 4/1 implies a 20% chance of winning and that appeals – but at ¼ odds for the place, evens in this case, then that’s not such a good option when the most probable outcomes are to either win or come nowhere.

Overall, the best policy regarding backing to win only or backing each-way is not to have a policy, but to consider each bet and each part of a bet on its own merits.

If somebody with no idea about betting asked us to explain what an each-way bet is, we would simply explain that it means two bets, one to win and one to come in the first three (most of the time). Yet, even seasoned bettors forget this simple basis of an each-way bet and habitually bet to win or bet each-way without a second’s thought, despite the fact that over a lengthy period of time the amount staked or not on the place market can be a sizable sum.

When we make a bet to win, we consider what is an acceptable price and the same should apply to the place side of an each-way bet. Doing so will improve our betting and increase returns rather than automatically opting for each-way or ruling it out because ‘that’s not how I bet.’

The lower returns offered by backing each-way can be off-putting or make a bettor consider staking more to compensate. A balancing thought here is to remember that if the edge is the same for bets made just to win or the place part of a series of each-way bets, then over time the returns will be the same and the same profit levels will be reached, albeit via different routes.

It might be the case that prices in certain races are on the short side because of the make-up of the race, for example an odds-on favourite plus some big outsiders can leave the few in the middle as strong place contenders and relatively safe each-way bets. In such circumstances we can only play with what we have in front of us. If the odds are acceptable and still represent value then there’s a bet to be had and if not we can let it go.

Similarly, there are often extra places offered on certain races. If it does offer the extra value that it appears to then we can take advantage, but if that means sacrificing better prices elsewhere then it might not be. Again, we should evaluate each race and each selection on the terms given to us and make a decision on that rather than be governed by a general policy.

Many tipsters stick to one approach but in following them you are still using your money. If you’re happy to follow them to the letter then fine, but it could be worth examining past results and spending a bit of time calculating whether they could be improved upon by a more prudent use of each-way betting (whether that is to use it less or use it more). If doing so, then incorporating some of the thoughts above may be useful to increasing your returns and profits.