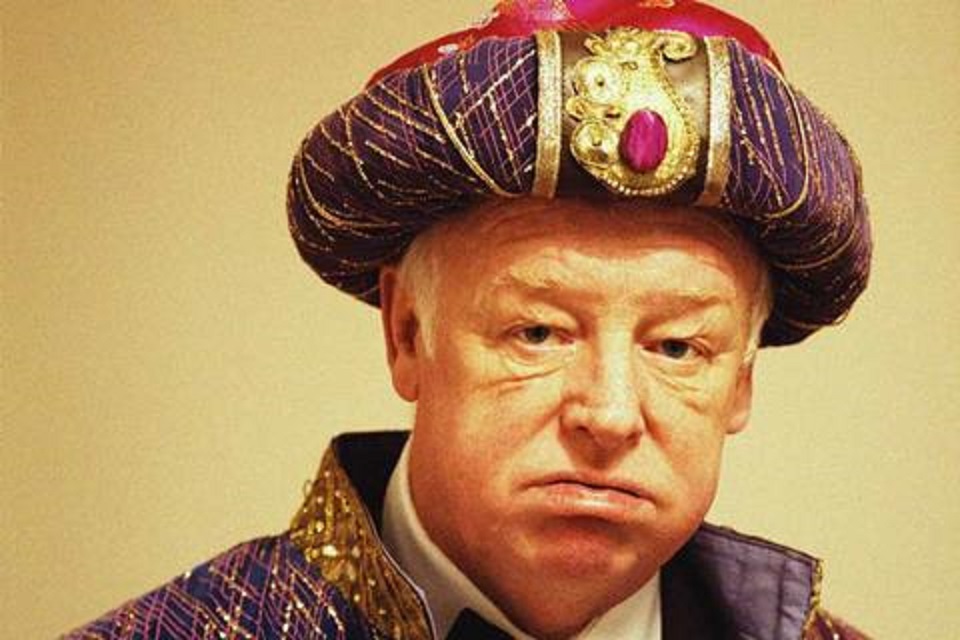 You’ve been looking forward to this for several years after signing up at a weekend away that you can’t remember much about. You’re not going to make your sandwiches yet, otherwise they’ll be stale, but you have a Tupperware container ready and you’ve already booked your seat on the bus.

The race itself will be run over 100 metres on a straight course. There are eight contenders and each will be given a lane which will have a wall along it to avoid the competitors straying into each other’s running space.

Representing mankind we have Les Dennis and he is up against a horse, a greyhound, a worm, a sloth, a leaf, a squirrel and a trout.

We can probably rule a few of these out pretty quickly: the trout is literally a fish out of water; the sloth is likely to sleep through it; the worm isn’t known for his turn of foot, largely because he doesn’t have any.

The leaf is an outsider and may not move, but if there is a big gust of wind in the right direction at the right moment then he could pull off a surprise.

The squirrel isn’t great at going in straight lines and might prefer a zig-zag course, so his best chance may be to distract the greyhound and upset the horse by jumping up on top of the wall. Even if this happens, the bushy-tailed one would still need to resume in the correct direction.

It’s likely to come down to being a contest between the horse and the greyhound, with both having the speed to take this but they’ll each need a good start and to keep focused on the job in hand all the way to the line.

Meanwhile, we have the Dennis…

He plods on reliably. He’s not as quick as the horse or greyhound, even the leaf may outpace him in full flight and the squirrel could have the beating of him on a going day. But, it’s likely that at least several of these opponents will make a mistake and the 65 year-old looks very likely to be in the places and can take advantage if all others under-perform.

At the time of writing, odds don’t seem to be available with the major bookmakers, so it may be worth going into your local shop and asking if they can offer you a price. If you do, please let us know how you get on. While you’re at it, you could also see if there are any old acquaintances in there, and if there is you could ask them if they know anything about the race that you don’t know.

If the odds are as expected, then the Dennis may be worth an each-way punt…

This may be an unusual set-up, but taking into account that three of the eight are unlikely to finish the race, let alone feature in the places, and that the leaf and squirrel are also likely to let us down, it could be the case that our representative only needs to perform to his usual standards to give us a return.

The table below details the standard place terms for horse racing:

For example, the number of places and the terms are the same whether there are 5 or 7 runners but in a race with only 5 involved there are fewer rivals to beat.

While this is often the case, as we have seen above with Leslie, there are other factors that can make backing each-way more appealing.

Next week I’ll go into more detail and pick out some occasions when this approach can be beneficial and others when it is less advantageous.