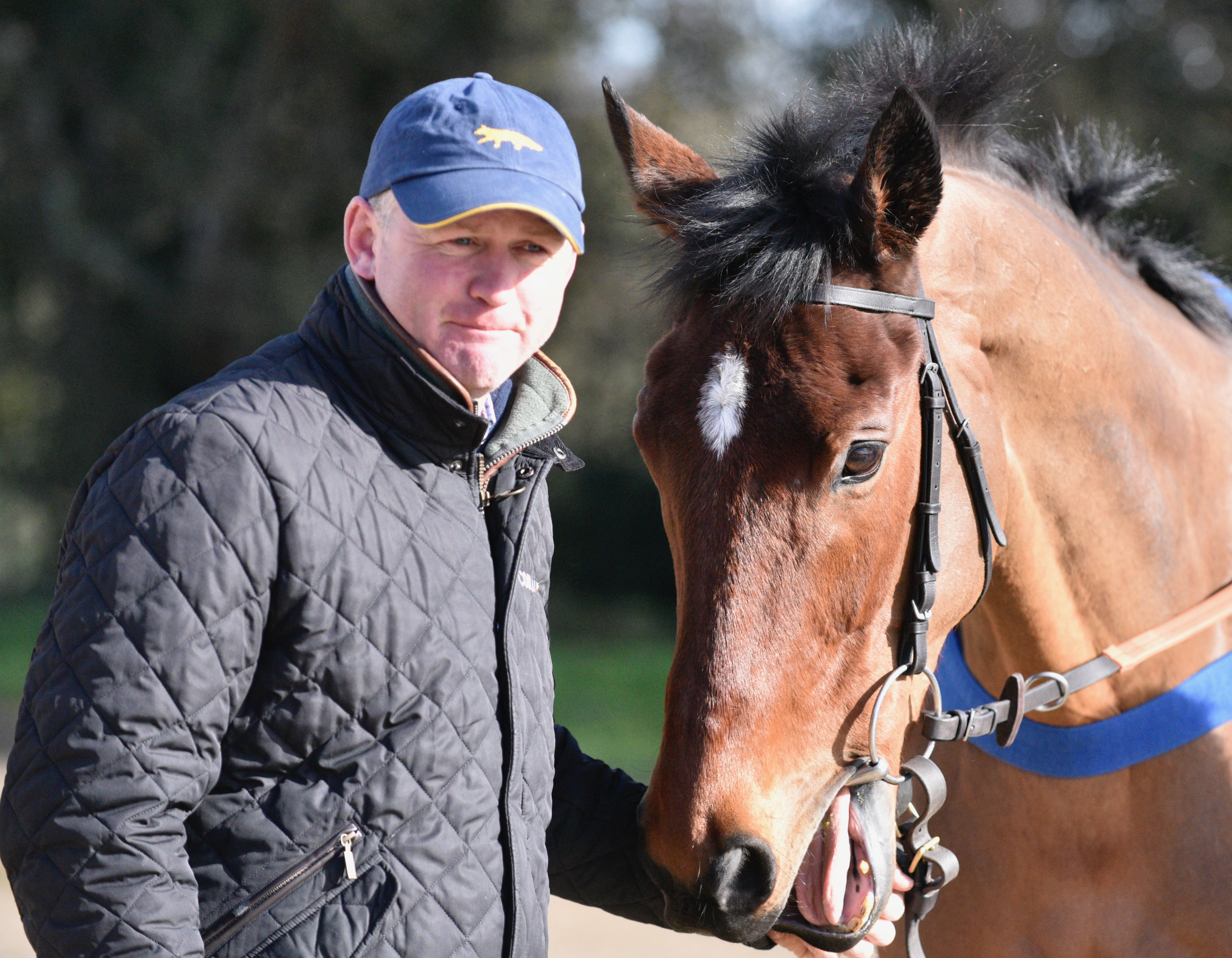 Sean Trivass is a freelance sports writer and member of the HBF (Horseracing Bettors Forum) and would like to thank both Racenews and the various trainers and their staff for their help in producing these recent articles.

If you’ve enjoyed the articles, could you please take a couple of minutes to fill out this official HBF survey. Thank you.

I always thought the purpose of these pre-Cheltenham trips to the bigger National Hunt yards was to clear the murky waters and make everything crystal ahead of the very best racing on offer all season, but sadly that is rarely the case.

No sooner have I marked your card with a Henderson hotpot than Paul Nicholls tells me he has one who can beat it, and Monday’s visit to the Colin Tizzard yard possibly left me with more questions than answers as well.

First things first and Colin himself was unavailable (it was the same day as Robert Alner’s memorial service), so we were warmly greeted by ex-jockey and Colin’s son and assistant Joe, who is as informative and fun as his father, though perhaps not quite as dry witted.

Despite the recent weather we all made it through the twisting country lanes to arrive at the yard on time to be greeted by a cup of coffee (thank you and much needed), as well as a smile from the staff and others in the yard. With a stable to run we didn’t stand on ceremony for too long and the horses began to be wheeled out, generally one at a time, to discuss their wellbeing, form, and Cheltenham targets, all the while trying to read between the lines as to who was strongly fancied and equally importantly, who wasn’t.

Possibly to avoid any owner politics or shows of favouritism they came out in Cheltenham race order which meant we were introduced to Fidderlontheroof first, who certainly seems the apple of Joe’s eye. Tactically flexible, he has won his last two starts, making all in the first and coming from off the pace in the second, both at Sandown, with Joe saying:

“Fiddlerontheroof has been in outstanding form this season and he has been kept fresh for the Sky Bet Supreme Novices’ Hurdle ever since Sandown. I don’t mind if the ground is testing for him, a bit of rain this week will suit him as he handles soft ground really well. He will definitely want a bit of cut, he is a big, strong boy who can handle the softer ground.

“He is just a lovely, big horse. His form has been good, his coat has come right and he is going to be our only horse in the Supreme as Master Debonair will go straight to Aintree.”

Later on Joe confirmed he saw the six-year-old as their best chance at the meeting and, although he has to take on the likes of Shishkin and Asterion Forlonge to name but two, there was no hiding his bubbly confidence which is enough to tempt me in to opening the wallet at a best price of 8/1 for the Supreme on day one, though be warned, they seem to think he will be even better over fences in the long term.

With a price tag of 360,000 Euros The Big Breakaway had to be well above average to live up to the hype but in this case, money really does talk, and the son of Getaway remains unbeaten after a Quakerstown point to point win in Ireland and victories over hurdles at Chepstow and Newbury. Body language suggested he was very close to being the stable number one pick barring a slight lack of experience ahead of the Ballymore Hurdle.

He worked well at Larkhill the other day (the best ground in the country at present according to Joe), with his coat looking a picture though apparently, he hasn’t been clipped, he has just kept a gorgeous coat all winter.  Described as a “…a very very talented horse” who “jumps for fun” he looked a chaser in the making to me but as Robbie Power (jockey) seems very keen on him over hurdles too, who am I to argue?

With Joe telling us all he had by far their best team of novices ever this year (keep an eye on both Harry Senior and Lieutenant Rocco in the Albert Bartlett, though apparently there is nothing between the pair), they could be in for a good four days, but there are others to mention including Gold Cup hope Lostintranslation who I know has a legion of fans. With Native River recuperating in his box before a return next season, it falls on the eight-year-old to represent the stable in the Blue Riband event on Friday, but they seem happy with his wellbeing and expect a decent showing.

With our voice recorders whirring away Joe told is that:

“The season was going perfectly after Haydock but the wheels fell off a bit at Kempton” (where he was pulled up).

“I can’t say that we actually found a specific reason for it, but we have tweaked his wind and he has had a soft-palate operation since. I think perhaps he had a harder race at Haydock than we thought – it was only three and a bit weeks before Kempton and perhaps it left its toll on him a little bit”

If you’re tempted to back him just be aware that he does prefer the better ground and I will be holding fire on my bets (if any) until race day, where a bit of good to soft may well see him getting competitive in a wide open field.

Moving on to those who are not yet household names to round things off, and I have reduced the list to a workable one of each way possibilities…

Highest Sun remains in the RSA Chase but that also looks the target of Copperhead who has every chance and is yet another to consider, leaving the Marsh Novices’ Chase as a more likely target for the former. The general thought was that the drop back in trip could suit after a poor effort at Newbury over further and he should go well and has an each way chance, though nothing more than that by the sound of it.

Two livewires to mention to round things off and how about Lamanver Pippin in the National Hunt Chase that rounds off day one for starters? Will Biddick has been booked to ride which is a positive and as he worked well at Larkhill recently and was described as “not fully exposed” I see that as a signal that they think he has a decent enough chance.

Lastly, and who knows if this may be the only winner (or trail home stone cold last), I got the feeling that Beaufort West could ruffle a few feathers if he gets into the Martin Pipe that rounds off the whole meeting. He is also entered in the County Hurdle and could go well there as well, but I just sensed they hoped to get him in off a featherweight in the finale and that they still feel he is a step ahead of the handicapper – enjoy if that is the case.