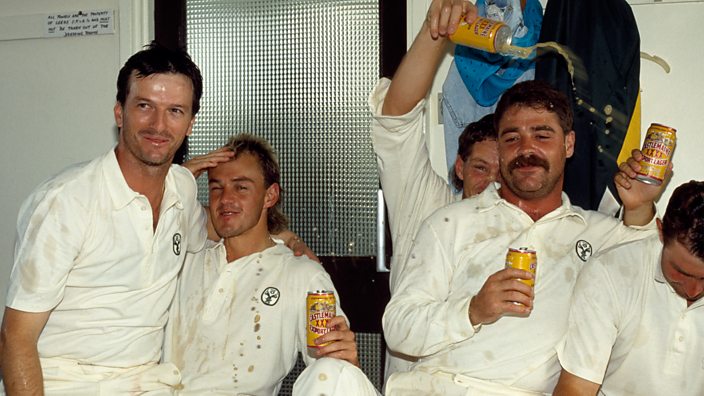 On Friday, speaking the day before restaurants were allowed to open again, Professor Chris Whitty stated that one of the main reasons against cricket being permitted to return was because the teas would have “lots of people from different households brought together in close proximity to eat indoors.”

Perhaps someone later whispered in his ear that cricketers don’t all share a communal straw or suggested that if the weather is fine enough to play matches then sandwiches and sausage rolls could also be taken outside without spontaneously combusting but, either way, a u-turn followed hours later and amateur cricket will be seen once more across the UK from this coming weekend.

First though, England’s Test team starts a 3-match series behind closed doors against the West Indies, beginning on Wednesday morning. It’s the beginning of a hectic schedule with the potential of 36 days of cricket between now and the 1st September, across all formats.

There are only three rest days between each Test, then a week before repeating against Pakistan. This intensity is going to be worth considering before having any bets because it will have an influence on selection, especially on the bowling front.

England should win the series, based on home form and the fragility of the visitors’ batting, but the odds agree (best price 1.14) and the mixed weather forecasts mean it could be wise to avoid involvement in the correct series score market too. Instead, it may be more fruitful to take a stance on the Top Bowler/Batsman markets.

There is an unusual strength in depth to England’s bowling currently, which is just as well given their propensities towards getting injured. Only Olly Stone (hamstring) is unavailable, leaving a choice of three from James Anderson, Stuart Broad, Jofra Archer, Mark Wood and Chris Woakes to join Ben Stokes in Wednesday’s pace bowling quartet.

For the balance of the side, Woakes’s place looks most assured. It would make sense to rotate Archer and Wood through the summer to protect both and to ensure there is a genuine pace option in each line-up. Anderson should get the nod over Broad despite the latter performing with admirable consistency over the last year or so but it is unlikely that 37 year-old Anderson will be a constant, especially after a year in which he’s been plagued by injuries.

Ben Stokes should play throughout but tends to be lightly bowled. Sam Curran, Woakes’s most likely rival as a bowler able to contribute with the bat, missed most of the inter-squad warm-up match last week due to illness and it will be a tough ask to play him without any match practice under his belt. Because of this, Woakes is the most likely of the group to play in each of the three games in the series.

Joe Root misses the first Test to attend the birth of his second child but should regain his place thereafter, replacing either Joe Denly or Zak Crawley.

In Dominic Sibley and Rory Burns, England have one of the most unconventional but reassuringly resolute opening partnerships for many a year. However, opening in English conditions has been tricky in recent seasons and more runs are likely to come from further down the order.

Ben Stokes has come of age with the bat and technically looks as complete as anyone else in the squad. His heroics last summer with the bat (and with the ball in South Africa earlier this year) strongly argues that there is no-one more gutsy when the pressure is on.

However, he still has a tendency to get out tamely in less pressurised situations and the absence of a crowd may affect his game more than others.

Ed Smith’s peculiar love affair with Jos Buttler shows no sign of stopping anytime soon. Most people might consider wicket-keeping ability and run-scoring to be the key attributes for selecting a wicketkeeper/batsman, but Chief Selector Smith is such a visionary that he seems to consider other factors more important and continues to choose Buttler ahead of other, superior ‘keepers who are also more likely to contribute a respectable quantity of runs.

There was a time when England’s selectors were criticised for undermining confidence by making too many changes. However, Buttler – whose Test career has contained more chances than an Abba chorus – must take reassurance that it doesn’t matter how badly out of form he appears, his place in the team is still a certainty and this may help him eventually add to his one Test century since his debut in July 2014.

At number six, England have a star of the future in Ollie Pope. Many less talented players have entered the international arena to a greater fanfare and it remains surprising how little media attention he has received. Perhaps it’s due to the existence of the likes of Root and Stokes, plus the emergence of Jofra Archer, but Pope remains under the radar of many.

He’s passed 50 in each of his last seven matches for England and his man-of-the-match winning 135 not out in the final Test in South Africa in February – coming in when England were a precarious 148 for 4 – helped seal the series victory. Batting at 6 should be the perfect place to further cement his place in the side and he looks a backable price to be England’s leading scorer in the coming month.

For the West Indies, their bowling will be subject to similar rotation concerns as England, which would make me interested in captain Jason Holder to be their leading wicket-taker. With the bat, Shai Hope is a far better player than his average implies and he impressed on their tour in 2017, scoring two centuries. However, both players only look fairly priced and in Hope’s case perhaps even too short, so it may be worth holding back on those markets for now.