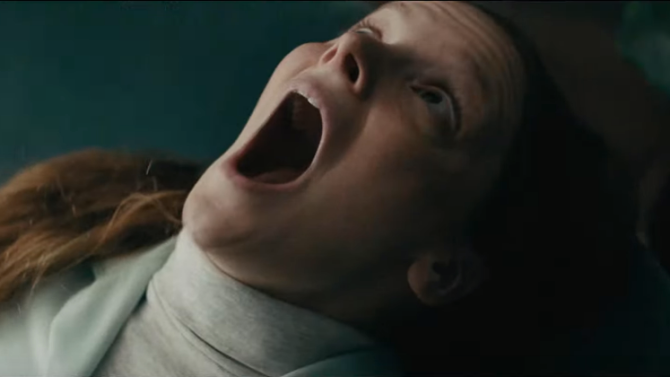 Reporting from the pub, south-west London…

One of my favourite things in life is going to the cinema, Monday-Friday, in the middle of the day when there’s hardly anybody else in there.

You get to fully immerse yourself in the film, escape from real life and, if you’re in a good cinema, indulge in a nice glass of red to make you feel sophisticated.

That’s exactly what I’ve been doing for the last few hours and I would strongly recommend the film in question – Saint Maud.

As I said to a friend:

Just watched Saint Maud at the cinema, hell of a film. Scary but in a deep rooted, gets inside you, way rather than a jumpy way.

About a former nurse/current private care worker who’s extremely lonely and has become obsessed with god. And throughout you have no idea what’s real and what’s in her head.

Very creepy and the ending is oooooofft. Couldn’t stand up until about halfway through the credits. It’s also set in a crappy seaside town which reminded me of Weston.

(I’m from Weston-Super-Mare. No offence to fellow residents of crappy seaside towns).

If you missed it, then here’s the link.

It’s free, it’s from a respected source, it’s proven to be profitable, and it’s free!

Enjoy that, go to the cinema to see Saint Maud if you can, and I’ll be back with more news of Good Things tomorrow.