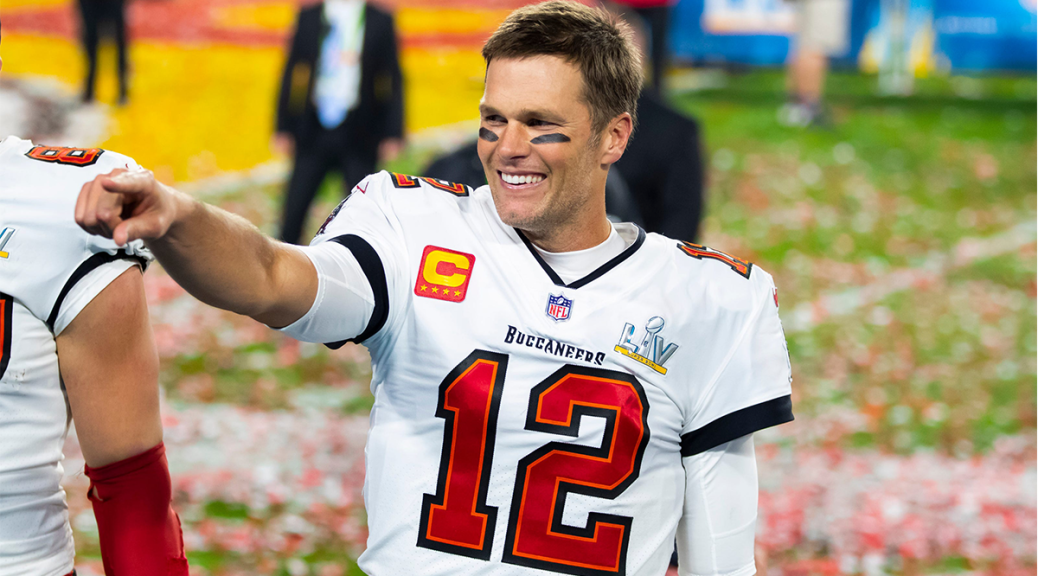 With the new NFL (American football) season about to get underway, today I’m in your inbox to reveal that not only is our NFL tips service back but, this season, it’s completely free of charge!

This is another thank you for being a member of the Bet Chat community and we hope that you’ll make a very nice profit from it.

Today our tipster, Russell Yershon, is revealing his ante-post bets for the season, and the first couple of weeks of match bets will also be sent out to the entire Bet Chat email list HOWEVER, to ensure that you are on the list to receive Russ’s bets all season long, you need to opt in via this link.

The page requests your email address but don’t worry – this isn’t going to any third party, it’s just so that we know exactly who wants to receive the bets, so that anybody who doesn’t isn’t getting the emails week after week when they’ve no interest in them.

And well, that’s just about all you need to know! Over to Russ, with his ante-post bets for the 2021/22 NFL season.

Who would have thought that at the ripe old age of 43 Tom Brady would lead a Tampa Bay Buccaneers team to Super Bowl victory, but he did exactly that and his partner in crime Rob Gronkowski put in a superb performance in the Super Bowl itself, along with Tampa’s talented defence.

This year Tampa Bay will again be among the teams fighting it out for victory and the Kansas City Chiefs, who they beat in the Super Bowl, will once again be a key challenger from the AFC.

The Chiefs are your 5/1 favourites for the Super Bowl and top quarter back Patrick Mahomes is ready to avenge last season’s defeat. Mahomes once again has huge talent to aim at in Hill, Kelce and Edward-Helaire. This year coach Reid has also made re-enforcements to the offensive line meaning The Chiefs will once again be hoping to put 24+ points on the board in most games and blitz their opponents.

A key factor in putting up Kansas City Chiefs as my first tip is not as well as having an elite offense, they are also very strong at the back. They also have a very weak division, which means they are likely to hit 12+ wins, which can give them a great chance at number one seed, which will in turn give them home advantage throughout the play-offs – this is a massive advantage.

The 5/1 on offer now will almost certainly contract and, by the end of the regular season, it wouldn’t surprise me if this price is around the 2/1 mark.

With Devante Adams on hand to receive the Rodgers throw in the end-zone, Green Bay will once again be challenging in the play-offs and, should they get home field advantage, not many teams will fancy playing them. I fully expect this 16/1 to be a lot shorter come the play-offs, so it’s worth taking it now before Green Bay start their campaign.

Another factor in our pick from the NFC is that the NFC North division is weak again this year, so Green Bay should be able to power their way to a nice lead in the division and then be able to push on and challenge for the number one slot. They excel at home and, with a nice schedule on paper, Green Bay are our NFC pick for the Super Bowl.

With a few injuries picked up by Baltimore Ravens in pre-season, now is the time to take the Cleveland Browns for the AFC North. Their offensive line is one of the best in the NFL and Baker Mayfield can really excel this season.

With the new additions to Cleveland Browns including Jadeveon Clowney, there is confidence in the roster that this is the year to push on and secure another play-off spot. The Bengals and Steelers are likely to struggle, so it looks like a straight shootout between Cleveland Browns and Baltimore Ravens, and we are taking the Browns to win the division.

The Tennessee Titans are our strong pick to win the AFC South. Reliable quarter back Ryan Tannehill has Julio Jones as a new weapon on offence and this will hugely help their receiving core. Another stellar name who is expected to have another big season is top rusher Derrick Henry, and he will have defences running scared more often than not.

Indianapolis Colts have many injuries, especially at quarter back, so may struggle during the season. Jacksonville Jaguars and Houston Texans are once again unlikely to compete with Tennessee Titans and, with many doubts in their opponents’ offences and defences, the Titans can capitalize.

Dallas Cowboys are our pick in the NFC East and I’m excited to see the offence excel this year. Quarterback Dak Prescott is back and eager to get going after a bad injury. Ezekiel Elliott is in good shape and if he can repeat previous top form at running back, the Cowboys can really work well this year. In the wide receiver core, they also have top talent so can attack from a number of different angles.

Washington can cause problems, but their defence is one of the worst in the league. New York Giants and Philadelphia Eagles are in transition so don’t expect them to feature near the top of the division this year.

We’ll also have a treble on two of the three divisional winners mentioned, plus Green Bay…