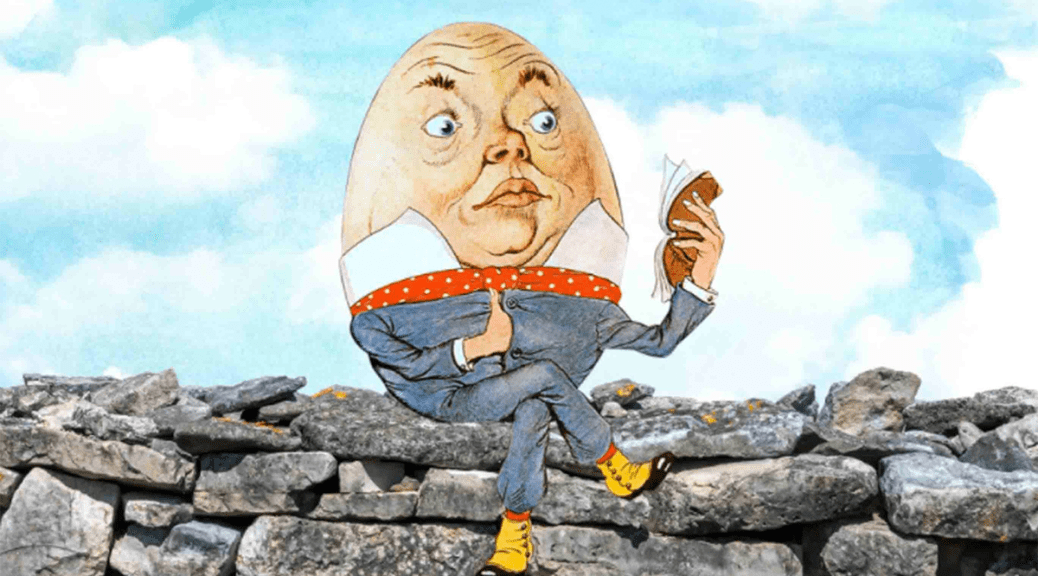 Today I want to talk about evidence. A straightforward concept, but one that so many people make a total pigs ear of.

It really should be straightforward…

Take a soft-boiled egg. Now, clearly, there’s a margin here, somewhere between about 4.5 minutes and 5.5 minutes depending on taste, but we all know roughly what amount of boiling gives us a good soft-boiled egg.

We know this because we have the evidence of people’s past attempts and that’s why, if we want a soft-boiled egg, we would always cook it for longer than 2 minutes.

So why then, do people ignore make a habit of wilfully ignoring evidence?

Temperature records are being broken left, right and centre…

Yesterday, Bet Chat Bec and I had a day in the park in shorts and t-shirt and I ended it a little sunburnt… in MARCH.

And yet still you get people claiming that climate change isn’t a thing.

Evidence is our friend

As bettors and investors, we simply can’t afford to ignore evidence. Sure, there can be different ways to interpret evidence but you wouldn’t simply write it off due to, say, your political leanings would you?

Ernie: “Are you mad?! He’s raced 10 times over three miles and ran out of gas in the final half mile every single time”

Bert: “Oh don’t be stupid Ernie. That’s just what the libtards and snowflakes want you to believe”

Here are some things we know to be true about cryptocurrencies:

And yet despite all of that evidence, some people’s response to crypto is to simply state ‘it’s a scam’ or ‘it’s a pyramid scheme’.

A trillion dollar space with huge profit potential written off without a care in the world.

The purpose of today’s mail isn’t to sing the praises of cryptocurrency (although if it is a space that interests you, you should take a look at this) but rather to encourage you to always put hard evidence above lazy speculation or, worse, nonsensical biases.

Whatever you do with your hard earned cash when it comes to betting or investments, always make sure it’s logical and backed up by facts.

I can assure you that a two minute boiled egg does not a good breakfast make. 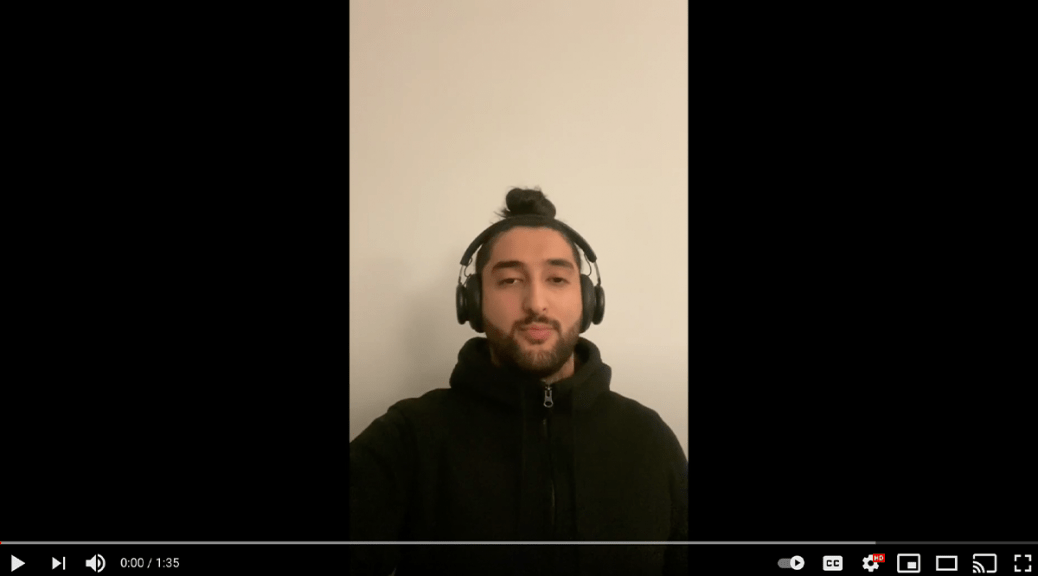 The moment you’ve all been waiting for… even if you didn’t realise you were waiting for it!

While Bitcoin made 793% over the last year…

These “Bigger Than Bitcoin” cryptos made 4 times, 5 times, even 11 TIMES MORE money…

Want to know what they are… how this is possible… and where you can find the next one?

On that same page he’ll also…

✅ Walk you through some examples of “Bigger Than Bitcoin” cryptos

Hit the link below to get stuck in… 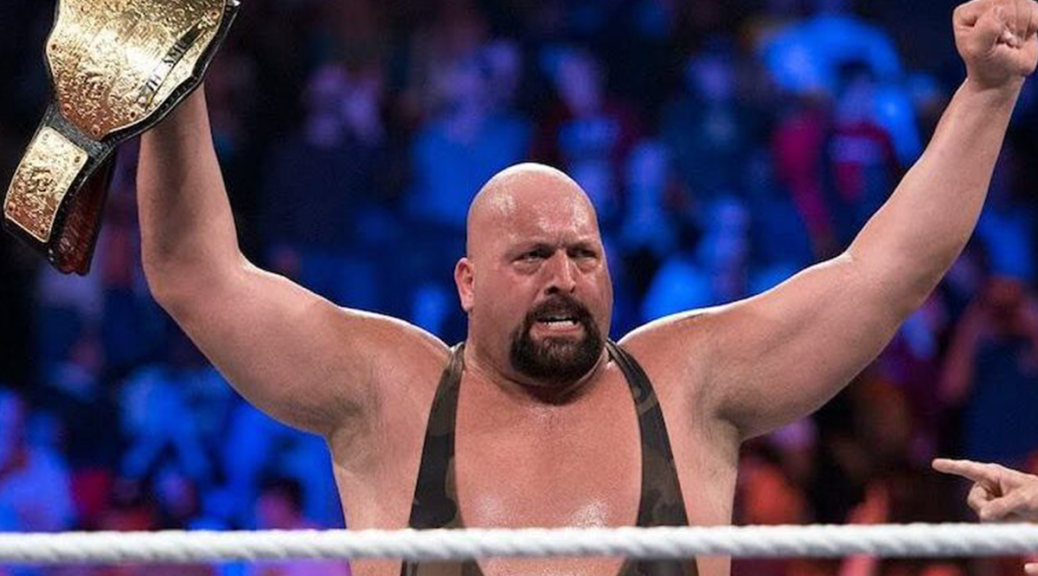 This week we’ve been busy putting the final touches to a brand new service that I’m extremely excited by. It covers an area with huge profit potential both in the short and long term and is something that I’m very much looking forward to adding to my own portfolio.

You may well have guessed already (given some of the content that we’ve put out over the last few weeks) but, today, I can officially reveal that the new service will be in the field of cryptocurrency…

And, naturally, in an area of crypto that isn’t already overexposed and covered by the mainstream. In other words, it certainly won’t just be telling you to buy Bitcoin!

Rather, it’ll be predominantly looking at coins in the ‘DeFi’ sector, some of which have seen gains as big as 14,935% over the last 12 months.

I’ll be unveiling the full details over the next two days, but today I just wanted to refresh your memories when it comes to exactly what DeFi is, and why it’s such a good investment.

We kicked off our series of articles on the subject here and detailed exactly why cryptocurrencies have value here.

And lastly, we covered the risks of investing here and how you can store your cryptocurrency here.

If it is, then keep your eyes peeled as I’ll be sending you the full details, including how to join the new service, over the next couple of days. 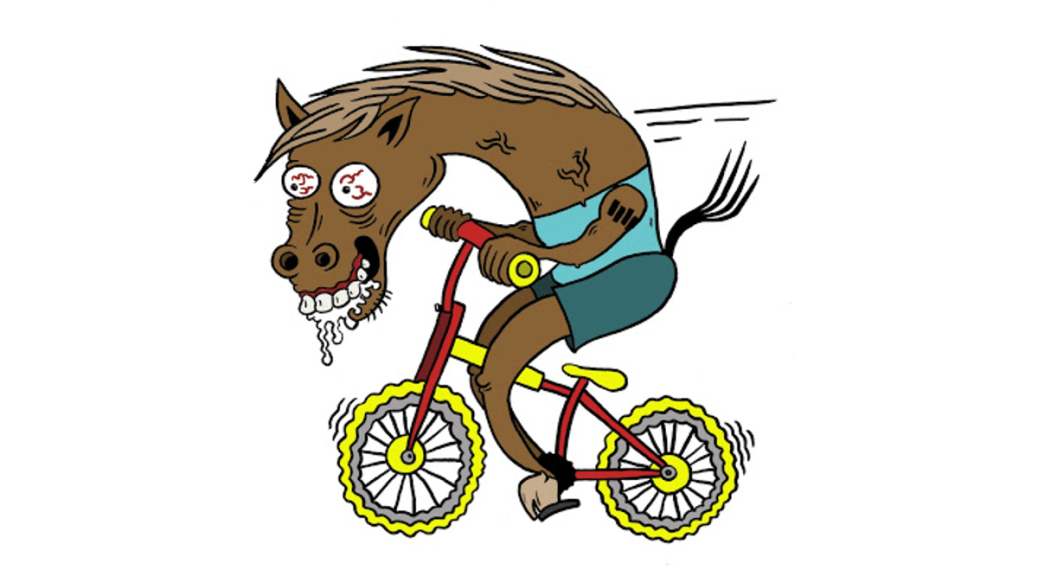 Well, that was quite the week.

For a good decade now, the Cheltenham Festival has heralded the busiest, but also the most consistently enjoyable, week of my year.

This time it was obviously a little bit different, as we were unable to attend, but it was certainly still a hell of a lot more entertaining than every other week of lockdown has been thus far.

In the modern day media tradition, today I thought I’d supply you with ‘10 things I learned’:

Pop Friday in your diary

That’s just about it for today, but before I go I just wanted to give you a heads up that something very exciting is coming to Bet Chat on Friday…

It’s an opportunity that I’ll be personally investing in, and one that I think would serve you well too.

There will be more on that as the week goes on, so do keep an eye on your emails. Win, lose or draw last week, there’s always another chance to profit on the horizon!

First up this Friday I have a couple of competition winners to announce from the Bet Chat Fantasy Football League. These are just the 12 days late, which is somewhere in the mid-range when it comes to how late I typically announce competition winners.

And Marco Allen’s Kloppy’s Blinders who finished second and put his son to shame with 417 points.

If you have any interest in horse racing at all, you’ll know that the best meeting of the year – the Cheltenham Festival – starts on Tuesday…

And so too does my Cheltenham Syndicate service.

So, I’m not going to be giving you the big sales pitch today. I’m simply going to say that if you want a big price multiple bet…

Then all you need to do is follow this link and confirm your email address.

That’s all for today – the off license is calling! Have a lovely evening. 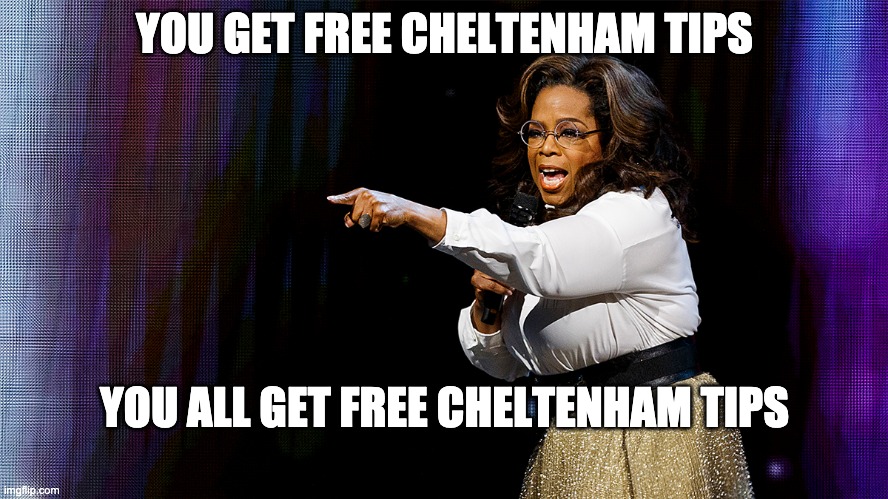 You see, for the first time ever, I’m giving away my Cheltenham Syndicate service completely free of charge!

I’ve been running this for the last six or seven years, and long-time subscribers will remember a whole bunch of cracking winners along the way, including a 145/1 placepot pay-out and multiple single winners at 16/1+

As a thank you for your support throughout the pandemic, I thought it’d be a nice thing to give away the full service for free this year as a one-off…

And so, to sign up, all you need to do is click this link and enter your email address.

As part of this years’ service you’ll receive the following:

While we may still be in lockdown, next week promises to be a lot of fun, and it’d be great to have you along for the ride…

So click this link and secure your free spot today.